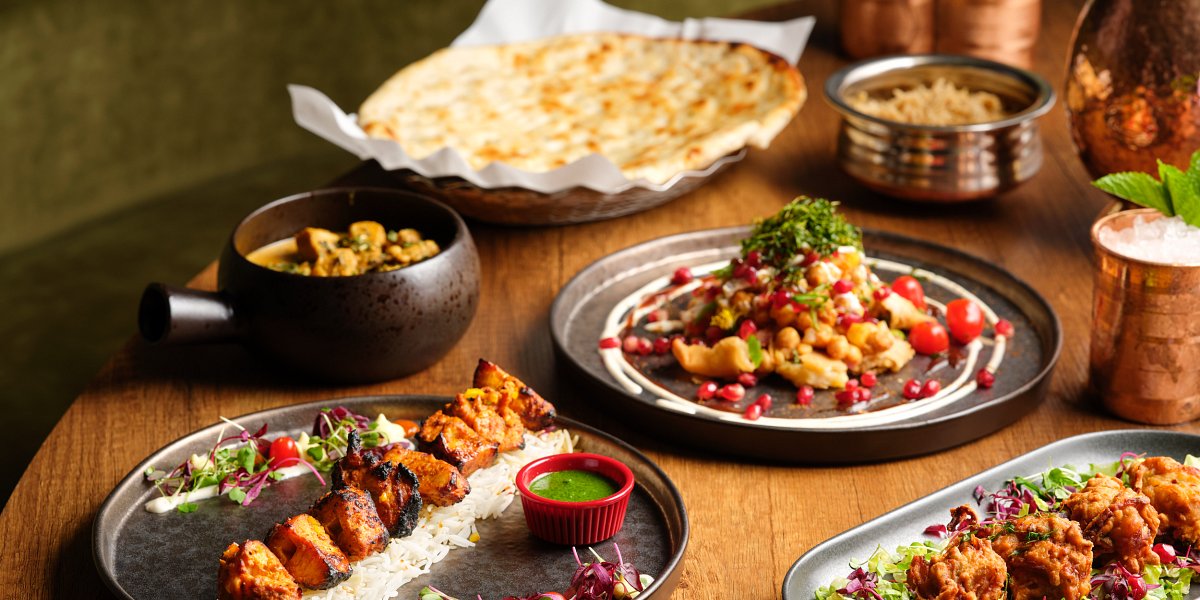 The restaurant was devised by brother and sister team Yousef and Hibah Mahmood, whose grandparents – Mohammed Sabir MBE and Fazilat Sabir – founded the award-winning Aagrah restaurant group in 1977.

Local suppliers are key to the venue's philosophy, sourcing fruit and vegetables from Ahmed Foods in Bradford, meat from local Sheffield suppliers and seafood from Warners in Doncaster. House beer and draught lines are brewed in Kirkstall near Leeds and are chosen specifically for pairing with the Kashmir dishes.

The food offering at Wazwān ranges from fare made famous at the Imperial Mughal Courts to popular Indian street food dishes. Guests can start off with light bites and small plates designed for sharing, before moving onto the grills, curries, biryanis and sundries, all with a number of gluten- and dairy-free or plant-based options available.