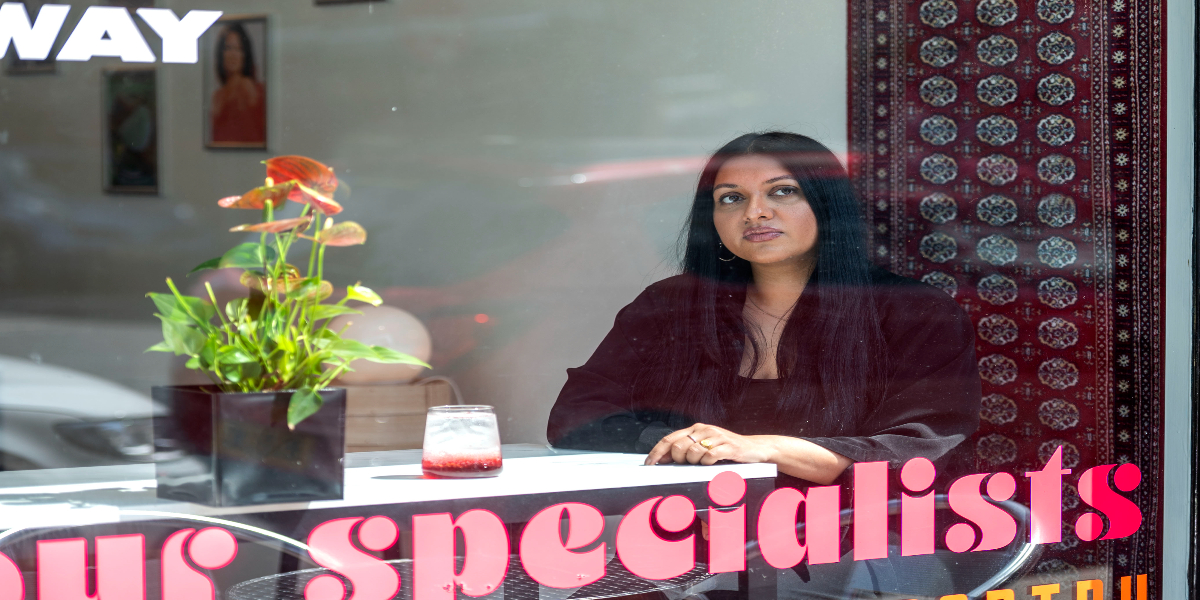 The owner of Silk Road Deli in Shawlands, and star of the BBC's Million Pound Menu, anticipates that such a policy would discourage many people from dining out.

Gohil's warning comes as a 12-week government consultation on the proposals comes to a close (1 July).

If implemented, the legislation will force venues to publish calorie information next to food items on menus, apps and notices at buffets.

'This could put lots of people off'

The plans have been described as a 'key proposal' in the Scottish government's Out of Home Action Plan, which outlines steps to tackle obesity by working with the hospitality industry to provide healthier food and drink choices. However, Gohil is concerned about the impact this could have on the sector.

"If these proposals are implemented in Scotland, we could see a real decline in the number of people choosing to dine out," she says. "As a small business owner that's really concerning, particularly during this crucial trading time after a difficullt few years for the sector.

"The reality is people want to go out and enjoy a meal without thinking about how many calories they're consuming. Eating out is an experience enjoyed by millions of Scots each year and I worry that this could put lots of people off."

The move would force many restaurants to adapt their menus or change ingredients to make their dishes low-calorie, says the chef, which would have a knock-on impact on costs.

Similar legislation was introduced in England in April, with eating disorder charity Beat calling it 'frustrating' and 'disappointing'.

Furthermore, a recent survey conducted by the charity found that 95% of Scots affected by eating disorders would be negatively impacted by calorie labelling on menus, with many worried it would increase feelings of fear and guilt.

"Whether it's cutting out major food groups, obsessively counting calories or experiencing anxiety when making food choices, we're not talking about a small minority here."

The restaurant owner has called for better education on the issue, after Beat urged the Scottish government to consider a wider public health initiative aimed at improving the population's diet.

Upon announcing the launch of the consultation in April, minister for public health, women’s health and sport, Maree Todd MSP, said: "These past two years have been extremely challenging for Scotland. Together, we have faced a very difficult Covid-19 pandemic and for many, the virus has highlighted and exacerbated a legacy of long-standing health inequalities.

"We face another national health emergency. Obesity and poor diet continue to be one of the biggest and most complex public health challenges.

"The introduction of mandatory calorie labelling at the point of choice in the OOH (Out of Home) sector would be a significant step forward and level the playing field with the retail sector.

"We know that giving people more information, such as the number of calories in meals will enable people to make healthier choices when eating out, or ordering in."