Hotelier and restaurateur Jamie Shail, owner of Rothay Manor in the Lake District, has written a letter questioning why the hospitality sector is being "left high and dry".

The letter asks why despite following every measure required, the industry is "being treated as the government's pariah", and questions what the government is going to do to support the sector after Christmas, which is the industry's quietest time of the year.

Here is Shail's letter in full:

For many Christmas is a time of great joy and also of great reflection. Under normal circumstances it’s a time when we reflect and look forward to a new year filled with hope and this year perhaps more than ever this is in the back of everyone’s mind.

There is certainly a glimmer of hope on the horizon, there are now three viable vaccines, which once they receive the formal go ahead can be rolled out to the vulnerable in the population as well as our key workers, hopefully as early as mid-December.

But nevertheless, as we begin to emerge from lockdown 2.0 in early December, many of us in the hospitality sector are left scratching our collective heads. Firstly, in relation to the numbers of people being allowed to congregate, up to 4,000, under socially distanced circumstances in an outdoor sports venue, where few measures are in place.

By contrast restaurants and bars have spent thousands on installing safety measures and training their staff to the highest standard to protect both themselves and their customers. Indeed, throughout the entire nine months of the pandemic around 5% of reported cases have arisen in hospitality settings since the reopening of the sector on 9 July. This is in stark contrast to educational settings, which have returned around 20% of all cases since they reopened and workplace settings which have returned around 15% of all reported cases.

So, the question remains, why as a sector are we being treated so unfairly? We’ve invested, trained, and monitored but this simply isn’t taken into consideration when it comes to the plight of the sector. Certainly, the revised tier systems provide a more sensible approach to closing up and dispersal of guests but why didn’t they listen in the first place when it was explained to them by industry experts?

Safety is paramount but restrictions must be proportionate and not put hundreds of thousands of people’s jobs at risk across the hospitality sector. And the restrictions certainly don’t seem proportionate, a table of six guests in Covid-19 secure surroundings or up to 4,000 people in a sporting venue or for that matter thousands of people barging past each other on a busy high street scrabbling to do their Christmas shopping.

It seems abundantly clear that central government has no interest in saving jobs in the UK’s third largest private sector employer, which until the start of 2020 generated £130bn and employed around 3.2m people directly and a further 2.8m indirectly involved in all aspects of the supply chain.

The revised tier systems will now be in place until at least March 2021 at the earliest, but what support is there to help a sector that relies on both the summer and Christmas trade to get it through the winter months, especially with the lack of seasonal parties, reduced numbers of covers, reduced wedding numbers and so on?

Okay, we may have some financial support in the form of a VAT reduction but that doesn’t help when you aren’t taking any money. Heating, lighting, rent, staff costs, food costs etc still have to be taken into account.

A recent survey of hospitality sector businesses by three trade bodies the British Beer and Pub Association, the British Institute of Innkeeping and UKHospitality revealed that up to 72% of their members fear their businesses will not be viable in 2021.

Yes, those affected by the latest national lockdown have been given some relief by the government’s decision to extend furlough and some of the business support schemes available earlier in the year. But many of the measures fall well short and there seems to be no clear or coherent plan to offer ongoing financial support, or for that matter a clear route map for re-opening businesses longer term.

The government has little or no desire to make clear the science behind any further hospitality closures, despite the government’s own statistics freely available via the Office of National Statistics, which show that hospitality is the safest setting for people to socialise in.

Now lockdown 2.0 is lifted and we've reverted to the tiered systems as stated by Boris Johnson, many find themselves in higher tiered areas. When you note that Cumbria was previously surrounded by a raft of Tier 3 areas one thing is for certain as a county economically, we are in for a very rough time ahead.

Most of the bookings we have on our books for Christmas and New Year have been made by residents from across the northwest. Should many of those areas revert to Tier 3 we will lose tens of thousands of pounds worth of bookings at a stroke and we certainly won’t be alone in this.

Without the festive build up and then any meaningful Christmas and New Year trade there’s not much point in re-opening especially when you follow that up with a traditionally quiet January, it just doesn’t bear thinking about!

It seems the government feels they have fixed the problem by reducing VAT to the end of March. Nothing could be further from the truth, reduced VAT with no tangible income is hollow, and it certainly doesn’t help to cover operating costs, heating, lighting, pension contributions, National Insurance and so on. Should the government choose to revert to standard VAT rates It would be instantly crippling for many to cope with a 15% VAT hike overnight!

The sector in my view needs a structured recovery plan for the next six months (as a minimum), some way for us to plan and to know what we need to be doing with assistance that goes past next March.

Perhaps now is the time the government took stock, developed such a plan to help everyone get back on track. I feel now would be an opportune time to appoint a hospitality minister, so that we would have someone with direct responsibility for taking the sector forward and helping it to rebuild. 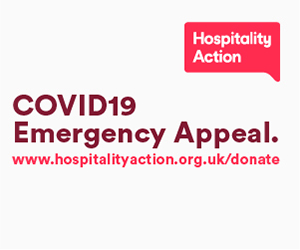