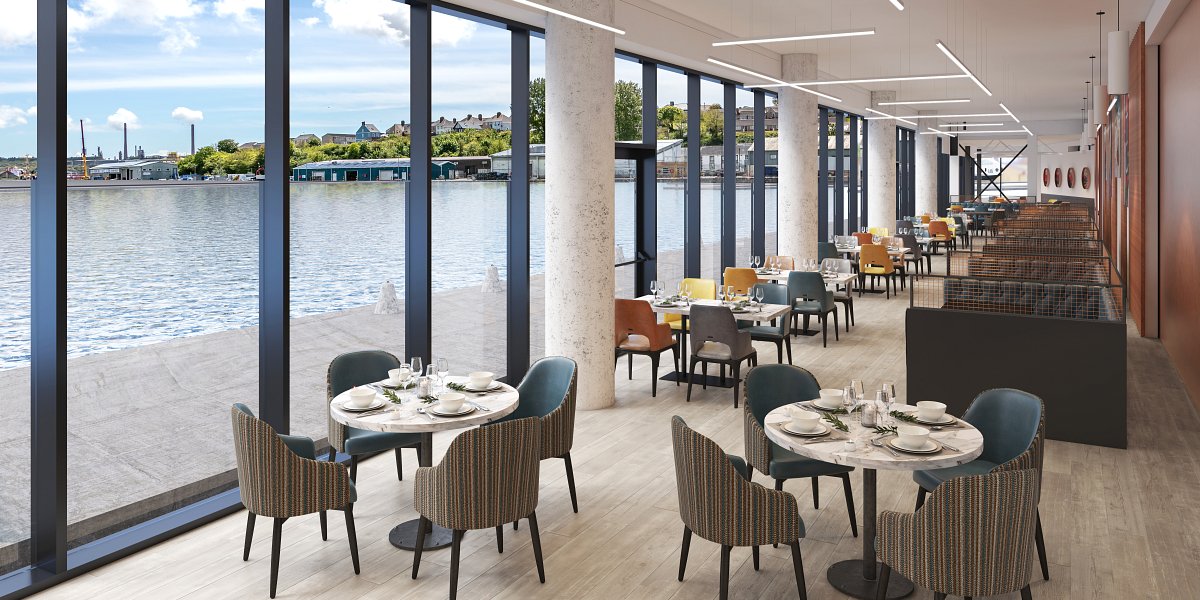 The Celtic Collection has unveiled plans for dulse, a new restaurant and bar coming to the Tŷ Hotel Milford Waterfront in April.

Named after the edible seaweed that grows in abundance around the Pembrokeshire coast, dulse will offer dining experiences that emulate the coastal sights, sounds and sensations of the region.

Inspired by the fresh seafood consumed throughout his childhood in Pembrokeshire, executive head chef Simon Crockford is the man behind the new restaurant.

Returning to his roots after a lengthy career with the Celtic Collection, Crockford will present diners with the best flavours and produce West Wales has to offer.

Crockford, Wales National Chef of the Year 2017, has already helped devise several dining concepts for the Celtic Collection. He comments: "As a proud Pembrokeshire boy, I've always championed the great food to be found in this part of the country. Working with local producers and meeting the farmers and the fishermen who will be supplying the restaurant has been a dream come true.

"I am delighted to offer diners the chance to enjoy the freshest quality, seasonal produce from Pembrokeshire. We've created an exciting menu, inspired by the land and the coastline of West Wales, which not only complements the picturesque views of Milford Waterfront but also adds to the ambience at dulse."

Located at the entrance to Milford Waterfront, the Tŷ Hotel Milford Waterfront will be operated and managed by the team behind the five-star Celtic Manor resort in Chepstow. Part of Celtic Collection's growing portfolio of Tŷ Hotels, the new venue will have 100 guest bedrooms alongside the restaurant, on top of a private dining area and activity suite.