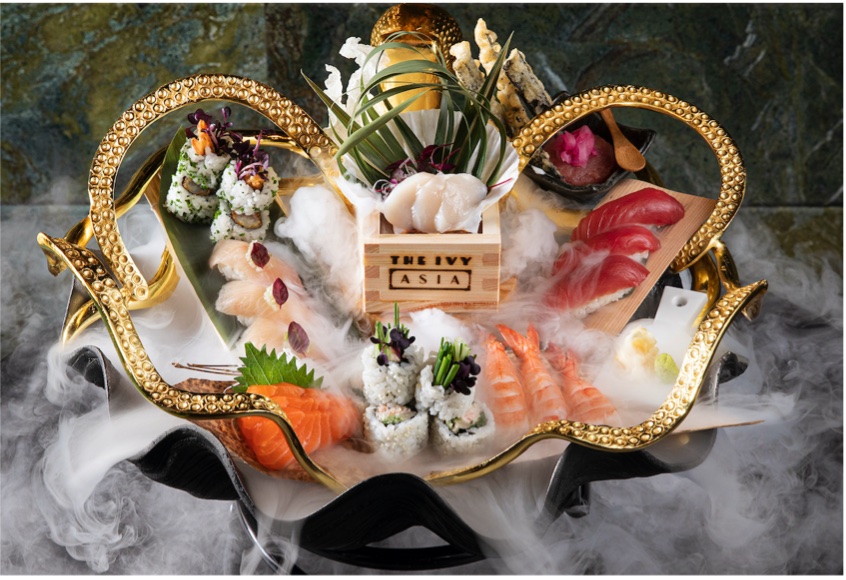 Landsec, part of The St David's Partnership, has announced the signing of The Ivy Asia at St David's Cardiff. The Asian-inspired concept is a first for the brand in Wales, and will launch later in this summer on The Hayes, adjacent to sister restaurant The Ivy, which opened in late 2019 at St David's to much acclaim.

The 3,900 sq ft Asian-inspired eatery will cater for up to 166 guests, with seating indoors and on a terrace. It will be open from lunch to late night, with brunch served on weekends. The menu will be overseen by executive chef Simon Gregory with a range of dishes from across the continent. Highlights include an extensive collection of sushi and sashimi, with vegetarian and plant-based options available.

Theatrical drinks and DJ performances will mirror the vibrancy of the restaurant design, which features the now synonymous green onyx flooring, alongside two cherry blossom trees, striking artwork and colourful wallpaper throughout. There will also be a sushi bar on the mezzanine level, with dishes prepared in front of diners.

Chef Gregory says of the opening: "We are incredibly excited to be bringing The Ivy Asia to Cardiff, the first in Wales. Cardiff is known for its vibrant atmosphere and rich culture, making it the perfect place for this new Asian-inspired concept. The team we have in place is fantastic and the restaurant itself will offer a beautiful setting for all occasions."